Chicago, Illinois, is the hometown of many iconic people and attractions, and the city is widely known for the famous baseball players who reign from there and the surrounding suburbs. Check out these legendary baseball players born and raised in Chicago.

Known as an iconic baseball player from Chicago, Lou was born in Harvey, Illinois right outside of the city. He attended Thornton Township High School, where he competed in and won three championship games with his team. After graduating high school, Lou went to the University of Illinois at Urbana-Champaign, serving as the captain on both the baseball and basketball teams. He was even named the NCAA Men’s Basketball All American during their 1937 -1938 season.

After college, Lou followed his passion for baseball and signed an agreement to play baseball for the Cleveland Indians. He eventually left and played for the Boston Red Sox from 1952 to 1954. Lou then became the first manager of the Kansas City Athletics team in 1955 and later managed the Chicago Cubs in 1960.

During his career, he was known as one of the best shortstops of the 1940s. In 1944, Lou won the American League batting title and set the MLB record for the most consecutive double hits in a game. He was later inducted into the National Baseball Hall of Fame in 1970. He was also named the 18th all-time best shortstop. 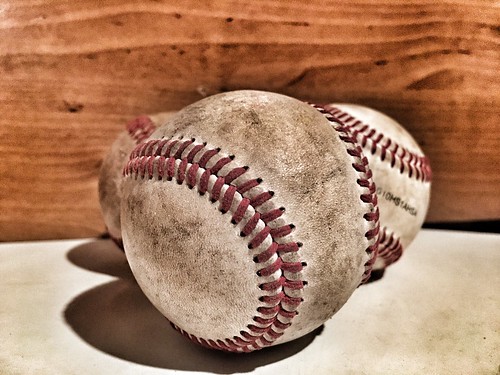 This four-time all-star and national league MVP was a baseball legend in the 1940s. Phil Cavaretta was a first baseman and batting champion who spent a majority of his baseball career playing for the Chicago Cubs. Born and raised in Chicago, Phil went to Lane Tech High School and immediately signed a contract to play with the Cubs right before graduating high school, when he was 17 years old.

In 1945, Phil was named the National League Most Valuable Player after batting a .335 average. He continued to stay true to his hometown by playing for the Cubs for 20 seasons. In addition to playing first base, Phil also served as an outfielder and managed the Cubs during his last three seasons.

Known as a legend in baseball, Kirby Puckett hails from the south side of Chicago. He grew up playing baseball with friends on the asphalt roads. He finally received the opportunity to play on a grass field when he played on the Calumet High School baseball team. Surprisingly, Kirby received no college scholarships and worked at Ford Motor Company on the assembly line. Eventually, he played baseball at Bradley University and transferred to Triton College a year later. The Minnesota Twins later recruited him as their third pick in the first round of the MLB draft.

During his career, Kirby led the Minnesota Twins to two titles, earning his place in the Baseball Hall of Fame in 2001. Throughout his baseball playing career, he won six gold gloves and made it to 10 all-star teams. He has also been named 24th all-time in the ranking of best center fielders.

This famous and talented baseball player served as a catcher on the San Francisco Giants from 1961 to 1967, the Los Angeles Dodgers from 1968 to 1971, and the Detroit Tigers in 1972. Not only was Tom Haller a well-ranked catcher for each of these teams, but he was a talented left-handed batter for them as well. During his time on the field, he was ranked the 39th all-time best catcher.

Tom was born right outside of Chicago in Lockport, Illinois. He attended Rockport High School and eventually attended the University of Illinois, receiving a scholarship as the quarterback on their football team. A San Francisco Giants scout later found him and signed him on to play for them.

Serving as a professional baseball star from the years 1920 to 1941, Marty McManus started his baseball career after serving in the Army for two years. He played as a second and third baseman in the Major League for 15 seasons. He also served as a manager for the All-American Girls Professional Baseball league after World War II for the South Bend Blue Sox and Kenosha Comets.

He was born and raised in Chicago, where he was eventually recruited to play for the Tulsa Oilers in 1920. Later, Marty was traded to the St. Louis Browns, where he became a regular player as a first, second, and third baseman. He also played as a shortstop during his career with the Browns. He later became their starting second baseman and went down in history as one of the top-ranking second basemen in the league.

Marty McManus continued his career playing for several other teams including the Detroit Tigers from 1927 to 1931, the Boston Red Sox from 1931 to 1933, the Brooklyn Dodgers at the beginning of 1934, and the Boston Braves near the end of 1934.

Born in the southern suburbs of Chicago, Lynwood and Blue Island, Illinois, Curtis Granderson was a major league player who recently retired on Jan. 31, 2020, after his 15th season. He went to Thornton Fractional South High School in Lansing, Illinois, and played both baseball and basketball.

Similar to the motivations of a baseball player, our team at Scheck and Siress is also passionate about keeping our patients healthy and active by providing quality orthotic, pedorthic and prosthetic advancements to our patients. To learn about the care and use of our devices or if you have questions about our services, call us at 1-866-827-1170 or schedule an appointment today.